The ‘Invisible College’: Father of The Royal Society 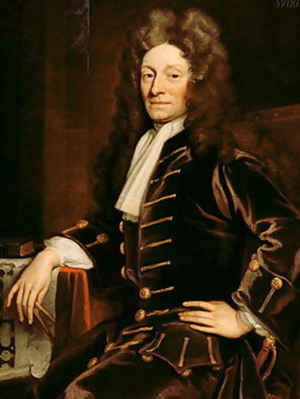 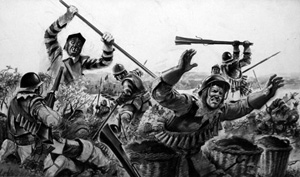 The ‘Invisible College’ continued to meet even though Civil War raged in England.
ILLUSTRATION: © COTON BOOKS

The origins of The Royal Society lie in an ‘invisible college’ of natural philosophers who began meeting in the mid-1640s to discuss the new philosophy of promoting knowledge of the natural world through observation and experiment, which we now call science.

Many of the Society’s founders belonged to Freemasons’ Lodges and, early in its formation, the terrors of the English Civil War (1642-51) and a veritable ‘dictator’ in the guise of Oliver Cromwell, caused a fair degree of secrecy to be maintained at its initial meetings. Certainly the discussion of politics was off-the-agenda as several of the founding members came from the dynamically opposed sides of the political divide, and crossing Cromwell was neither a wise career move, nor good proposition for one’s long-term health. One throw back from this period is that, 360 years on, the discussion of politics within Lodge Rooms is not allowed.

The official foundation date for the Society is 28 November 1660, this being the day when a group of 12 met at Gresham College on completion of a lecture by Christopher Wren, the then Gresham Professor of Astronomy, and the 12 decided to found “a Colledge for the Promoting of Physico- Mathematicall Experimentall Learning” (sic). The group included Christopher Wren himself, Robert Boyle, John Wilkins, Sir Robert Moray and William, Viscount Brouncker. 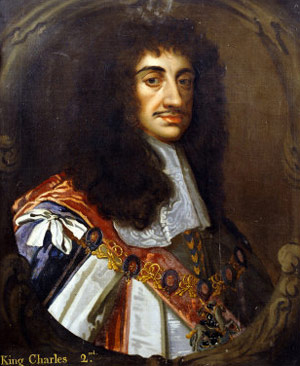 King Charles II authorised the use of the title “Royal” Society after discussions with fellow Freemason, Sir Robert Moray, in 1660
PAINTING: COPYRIGHT © TO BE CONFIRMED

The Society was to meet weekly to witness experiments and discuss what we would now call scientific topics. The first ‘Curator of Experiments’ was Robert Hooke, but it was Moray who first told the King, Charles II, of the venture and secured his approval and encouragement. To begin with apparently nameless, the title The Royal Society first appears in print in 1661, and in the second Royal Charter of 1663, The Society is referred to as “The Royal Society of London for Improving Natural Knowledge”. 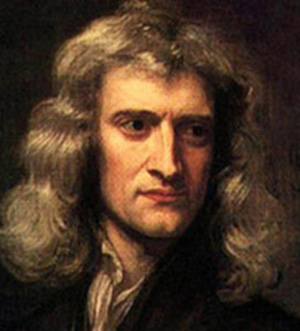 Acclaimed as “the greatest genius who ever lived”, Freemason Sir Isaac Newton was President of The Royal Society from 1703 to 1727
PAINTING: SIR GODFREY KNELLER 1689 - COPYRIGHT © TO BE CONFIRMED

Accommodation was found at Gresham College and The Society rapidly began to acquire a library (the first book was presented in 1661) and a repository or museum of specimens of scientific interest. Following ‘The Great Fire of London’ in 1666, it moved for some years to Arundel House, the London home of the Dukes of Norfolk, and it was not until 1710, under the Presidency of Sir Isaac Newton, that The Society acquired its own home, two houses in Crane Court, off The Strand.

In 1662, The Society was permitted by Royal Charter to publish and the first two books it produced were John Evelyn’s Sylva and Robert Hooke’s Micrographia. In 1665, the first issue of Philosophical Transactions was edited by Henry Oldenburg, the Society’s Secretary. Some years later, The Society took over publication and Philosophical Transactions is now the oldest scientific journal in continuous publication.

From the beginning, Fellows of The Society had to be elected, although the criteria for election were vague and the vast majority of the Fellowship were not professional scientists. In 1731, a new rule established that each candidate for election had to be proposed in writing and this written certificate be signed by those who supported his candidature. These certificates survive and give a glimpse of both the reasons why Fellows were elected and the con- tacts between Fellows.

The Society moved again in 1780 to premises at Somerset House provided by the Crown, an arrangement made by Sir Joseph Banks, who had become President in 1778, and was to remain so until his death in 1820. Banks was in favour of maintaining a mixture among the Fellowship of working scientists and wealthy amateurs who might become their patrons. This view grew less popular in the first half of the 19th Century and, in 1847, the Society decided that in future Fellows would be elected solely on the merit of their scientific work. 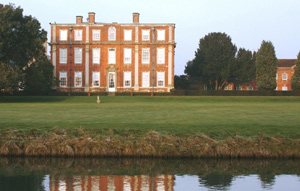 In 2010, the Society acquired Chicheley Hall in Buckinghamshire. The building has been transformed into ‘Kavli Royal Society International Centre’ which provides a prestigious residential centre outside London for holding internationally significant scientific conferences and offering opportunities for concentrated academic reflection.

The Royal Society’s motto ‘Nullius in verba’ roughly translates as “Take nobody’s word for it”. It is an expression of the determination of Fellows to withstand the domination of authority and to verify all statements by an appeal to facts determined by experiment.